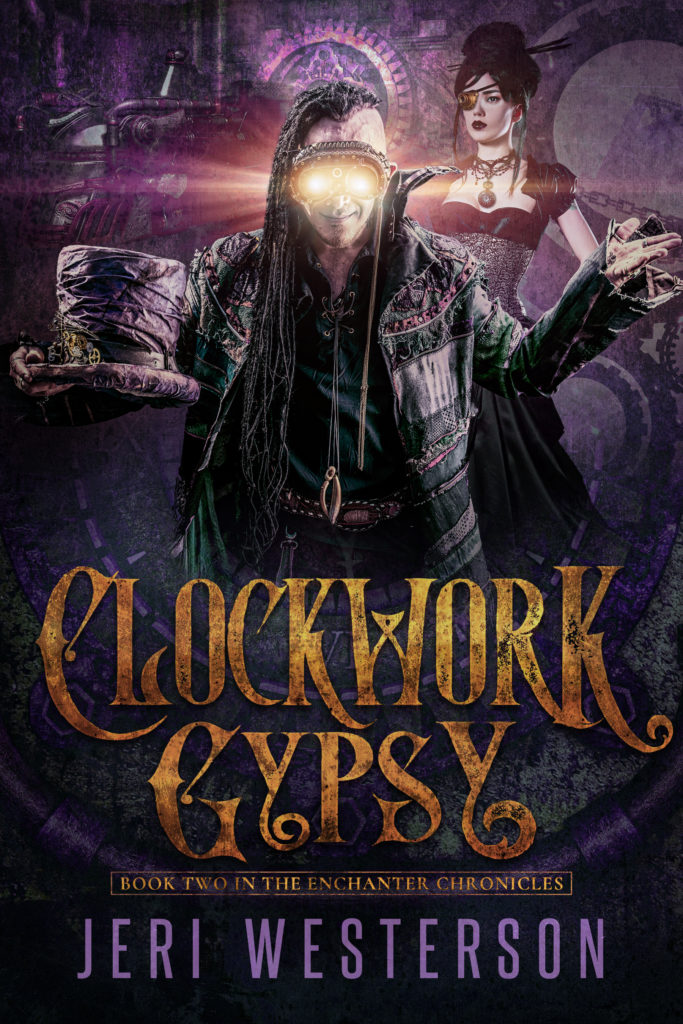 The Second Book in the Enchanter Chronicles

A diabolical plot is afoot to kill thousands by connecting England’s railway lines to a deadly curse. The beautiful and mysterious Mingli Zhao, Special Inspector to Scotland Yard, enlists the help of Leopold Kazsmer, the Great Enchanter, who uses his skills with summoning Jewish daemons to perform true magic to help solve supernatural crimes. Meanwhile, a Hungarian Romani—part man, part clockwork—will stop at nothing to kill the man he believes is responsible for his Hell of an existence that is slowly grinding his mind into the nothingness of gears and pistons. It’s a race against time for Leopold to foil the fiendish plot of the railway barons, fight off a plutocratic society of goblins, struggle to gain the romantic attentions of Miss Zhao…and discover the identity of the Clockwork Gypsy before he kills again.