Will Somers plays the fool for King Henry VIII—quite literally. As the court jester to the king, he is one of the few men within the sphere of the king’s shadow who can poke and prod his royal master, making a fool of him, entertaining Henry with song and jest, and having the privilege of being the only one in the kingdom to call him “Harry” to his face. And while courtiers, councilors, and ambassadors quiver under the king’s assault—as indeed, some face execution for crossing him—Will finds his place as part of the family, eventually endearing himself to all of Henry’s wives, his son when he becomes king, to Henry’s daughters Queen Mary and Queen Elizabeth, and still keeping his head.

Though he is surrounded by all of court, Will finds his life a lonely one. A king’s fool is not a man who can easily make friends with those who might be competitors for his royal patron’s time. But an intimate moment with a male courtier finds Will possibly part of a bigger conspiracy, especially when this same courtier is found dead, his throat cut. Amid the crisis at court when divorce threatens Queen Catherine’s place by her own lady’s maid, Will sets himself the difficult and deadly task of finding the killer and stopping the conspiracy before death reaches the Tudor monarch.

This is the first in a Tudor mystery series, featuring King Henry VIII’s real court jester, Will Somers, during Henry’s troubled reign.

UPDATE: The series found a home with the Crispin Guest publisher, Severn House!

“Jeri Westerson is at the top of her game with Courting Dragons, which brings the long-ago past to roaring life. As for Will Somers, the wise, witty and sexually adventurous court jester she has enlisted as her hero, he’s both an ideal guide to the tangled history of the Tudors and the kind of sleuth a reader will follow anywhere.”                  Louis Bayard, bestselling author of COURTING MR. LINCOLN and THE PALE BLUE EYE 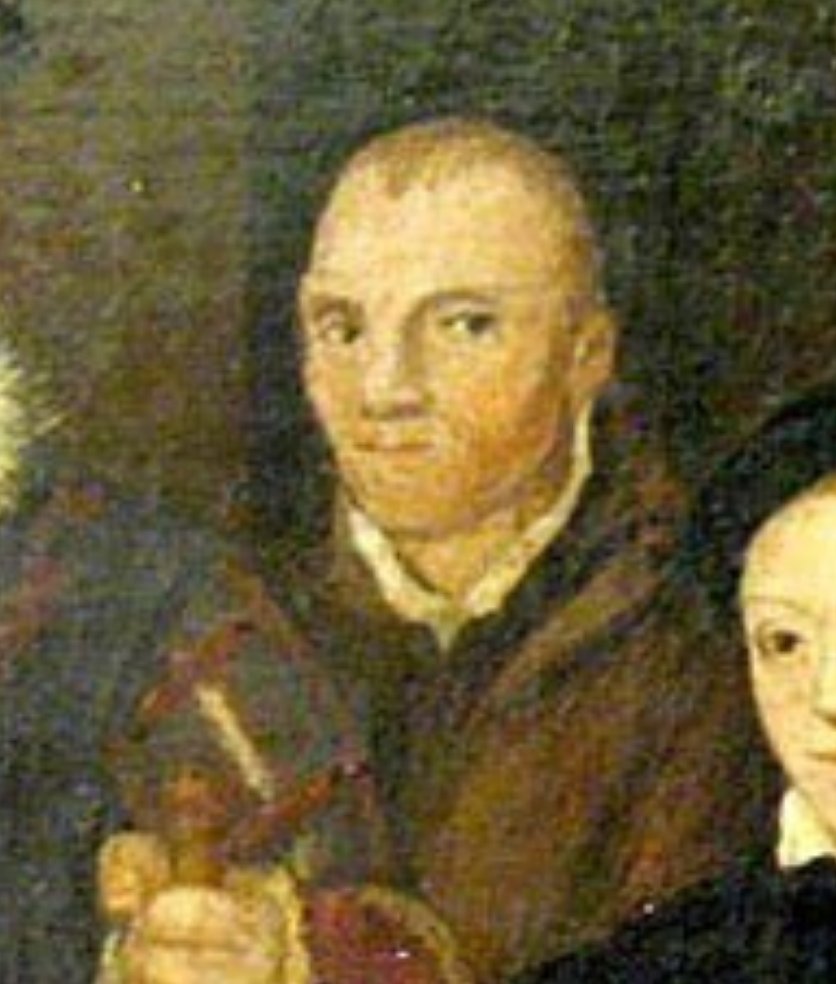 Will, a silly-looking fellow. 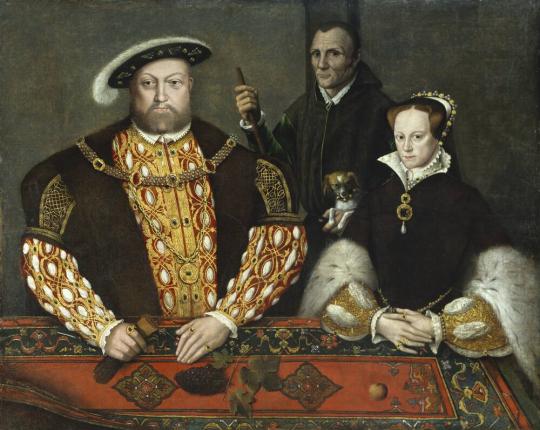 Henry with Queen Mary, his first daughter, obviously painted after his death. That’s Will in the background.